Since I posted the review on the Asus ROG Rapture GT-AXE16000, I’ve gotten questions about comparing it to the Orbi RBRE960, which is the router unit of the Netgear Orbi RBKE 960 series.

Well, an Asus GT-AXE16000 vs Netgear RBKE960 matchup is a bit like apples vs oranges.

For one, at launch, the former is available as a single router and the latter as part of a mesh system. But even with that aside, there is more to these routers than just the Quad-band notion. In many ways, this is the AiMesh vs Orbi mesh matchup.

The Quad-band notion is the only thing these two routers have in common. They are traditional Tri-band Wi-Fi 6 routers with an additional 6GHz band to qualify as Wi-Fi 6E devices.

Generally, with two 5GHz bands, a router can host more devices on this frequency. It can use two portions of the 5GHz spectrum simultaneously.

Dual-band vs Tri-band vs Quad-band: What’s the deal?

And the 6GHz band means the broadcaster can support 6GHz clients.

How Quad-band pans out in the case of the Asus GT-AXE16000 and Netgear Orbi RBRE960 are two different stories entirely. But first, let’s check out their specs.

Again, the RBRK960 is the router unit of the Orbi RBKE960 series mesh.

On the table above, you’d note that the Asus has full support for the 160MHz bandwidth, while the Orbi only uses 80MHz on the 5GHz band. Consequently, the Asus has double the speed on this band when working with a supported client.

Bands vs Channels vs Streams

A Wi-Fi band is like a road; channels are lanes, and streams are vehicles. On the same road, wider lanes are for larger vehicles. Vehicles with larger cargo spaces (2×2, 3×3, 4×4, etc.) can carry more goods (data) per trip (connection). Streams are like cars vs buses.

A Wi-Fi connection takes place on a single channel (lane) of a single band (road) at a time, but the more channels and bands there are, the more options and hardware devices you can use simultaneously to deliver better speeds. That’s because you can combine multiple contingent channels (lanes) into a larger one.

The actual data transmission is always that of the lowest denominator. Similarly, a bicycle can carry just one person at a relatively slow speed, even when you ride it on an open freeway.

The way Wi-Fi 6 works, 160MHz is not a guarantee. If you live in an area with lots of RADAR activities — every city has a weather station, many with an airport or two — chances are both routers have the same bandwidth.

But, weather permitting, the Asus gives you the options of the top bandwidth. And I’d take that any day.

The mesh roles and that 5GHz-2 backhaul band

The Orbi RBRE960 can work only as a router — you must get the satellite (RBSE96) that won’t work as a router. And it only supports certain Orbi satellites.

The Asus GT-AXE16000, on the other hand, can work as the primary router or a satellite hosted by another AiMesh router. And it works with all AiMesh routers.

Most importantly, the Orbi RBRE960’s second 5GHz (5GHz-2) band is never available to the client.

In all Tri-band sets, the Orbi ecosystem reserves this additional band with Netgear’s proprietary Wi-Fi configuration sole for the backhaul purpose.

The result is that the Orbi has excellent backhaul range, but the band is wasted when the wireless backhaul is not needed, such as when you see a wired backhaul or only need the router unit.

Users have much more flexibility with this band than Asus’s AiMesh.

The Asus GT-AXE16000 and Orbi RBRE960 support Multi-Gig, but the Asus has two 10Gbps and one 2.5Gbps port. On top of that, it includes more Gigabit ports and supports all you can think of in terms of port configurations, including:

The Orbi, on the other hand, has just one 10Gbps port (which works solely as the WAN port) and one 2.5Gbps LAN port. It has no port flexibility.

In a wired backhauling mesh system, the GT-AXE16000 has 10Gbps Multi-Gig right out of the box — you can get multiple units and daisy-chain them. The Orbi only has 2.5Gbps Multi-Gig, and you’d need a switch if you want to have more than one satellite.

Finally, the Asus has two USB ports to host several add-on storage features. The Netgear has none.

Both routers have a standard set of network settings. Beyond that, the Asus GT-AXE16000 has many extra features, including a boatload of game-related settings and free-for-life online protection.

On top of that, you don’t need to register an account with Asus to manage the router remotely — you do that via Dynamic DNS — even when you use the mobile app.

On the other hand, the Orbi is one of the first flagship routers from Netgear that no longer has Remote Management. You must opt for a login account with Netgear to manage the router remotely, which can only be done via the Orbi app.

The RBRE960 has Armor online protection and Game Booster, but they are available as add-on packages that can cost over $100/year combined.

In short, the GT-AXE16000 gives you a lot with little or no privacy risk, while the Orbi requires you to connect to Netgear’s server and pay extra to enjoy it to the fullest.

Expensive, NAS performance (when hosting a storage device) could be better

Since there are only 2×2 Wi-FI 6 and Wi-Fi 6E clients, there’s no way to clearly show the difference in bandwidth (160MHz vs 80MHz) between these two routers on the 5GHz band.

Nonetheless, as single routers, the Asus GT-AXE16000 proved to be mostly faster than the Netgear Orbi RBRE960.

No web-based Remote Management, few free features, Mobile app (with a login account and even subscriptions) are required to be useful

The 2nd 5GHz band is unavailable to clients even with wired backhauls, no 160MHz channel width on 5GHz

The Netgear Orbi RBRE960 is designed primarily for a wireless mesh system where the 2nd 5GHz band works solely and permanently as the dedicated backhaul. For this reason, you can’t even buy the RBRE960 as a standalone unit, which you shouldn’t anyway.

The Asus GT-AXE16000 is a flexible mesh router that works however you’d like to use it. In a mesh setup, though, only consider it if you intend to have Multi-Gig wired backhaul. 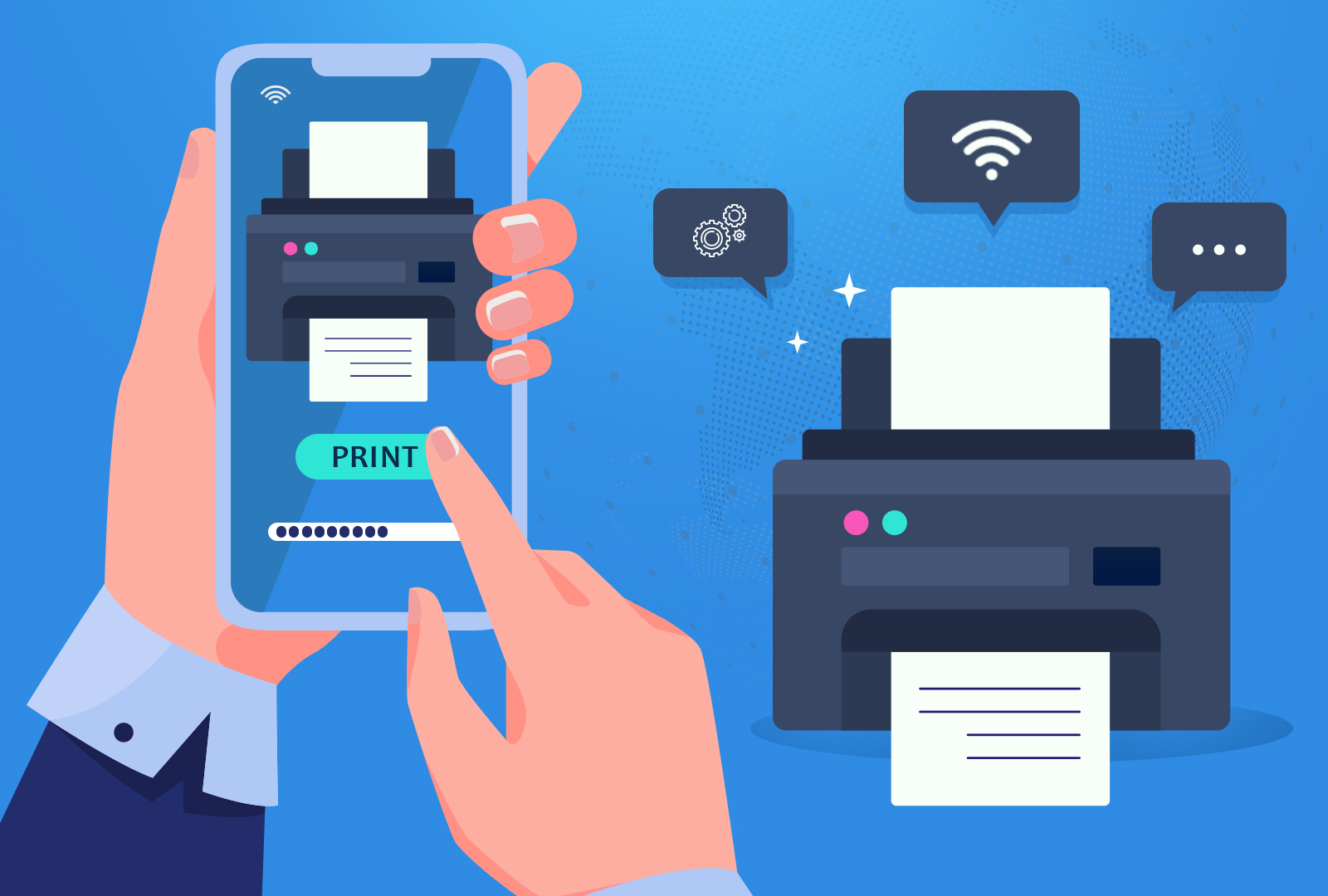 5 Ways to Print Your Documents from Anywhere

Technology And Collaboration Are Key To Sustainability 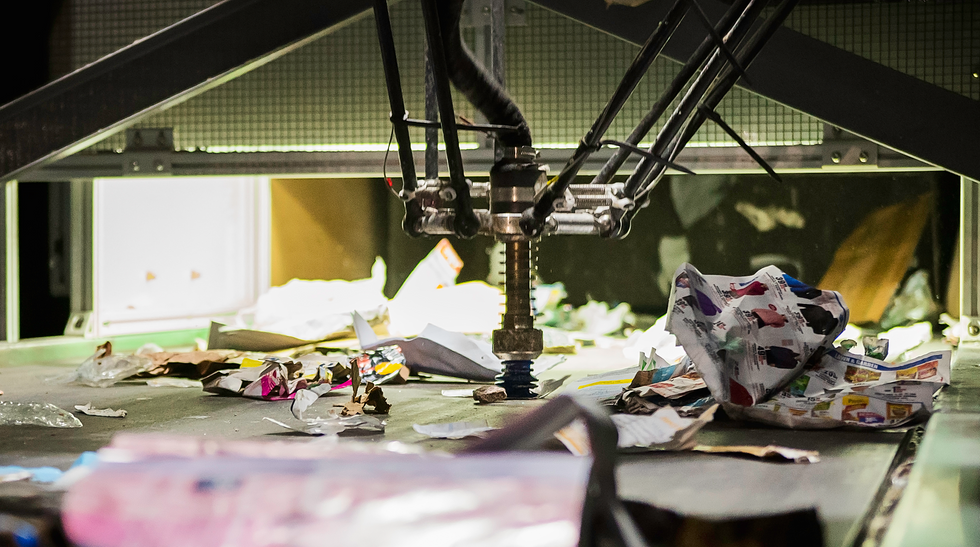